Cowboy Action Shooting is a multi-faceted shooting sport in which contestants compete with firearms typical of those used in the taming of the Old West: single action revolvers, pistol caliber lever action rifles, and old time shotguns. The shooting competition is staged in a unique, characterized, "Old West" style. It is a timed sport in which shooters compete for prestige on a course of different shooting stages.

Each scenario, (stage) as they are called, features an array of situations, many based on famous incidents or movie scenes, in which the shooters must test their mettle against steel targets.

A typical scenario would include a short "story", a procedure as to target sequence and shooter positions. The average shooting stage involves 2 pistols (10 rounds) 1 rifle (10 rounds) and a shot gun (4-6 rounds).

This is not a beginners match, but spectators are welcome!
If you are interested in a "shooting clinic" to learn more about the sport call 435-820-0592. 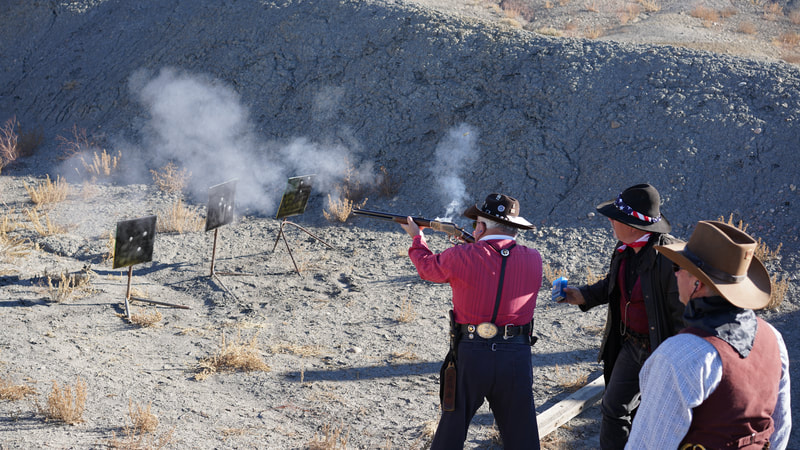 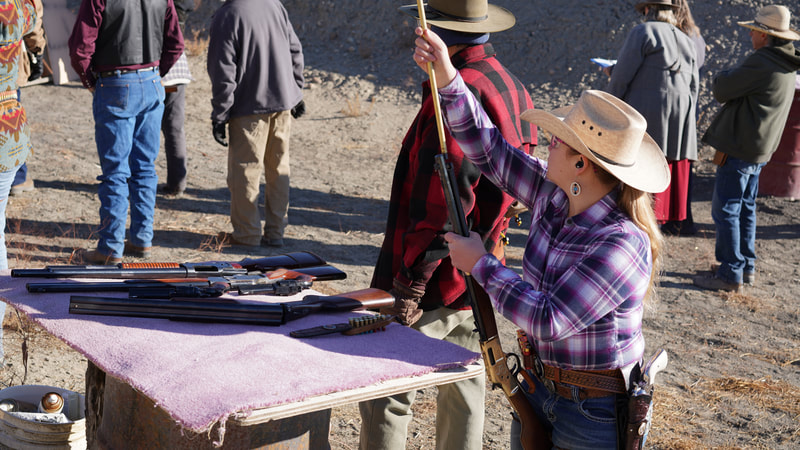 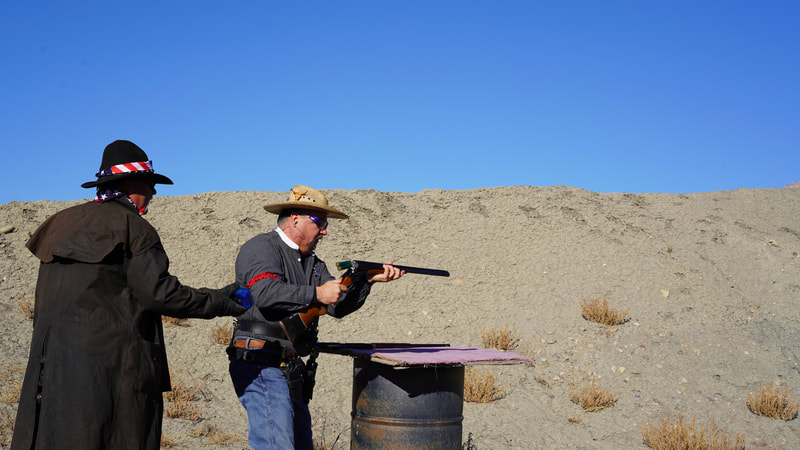 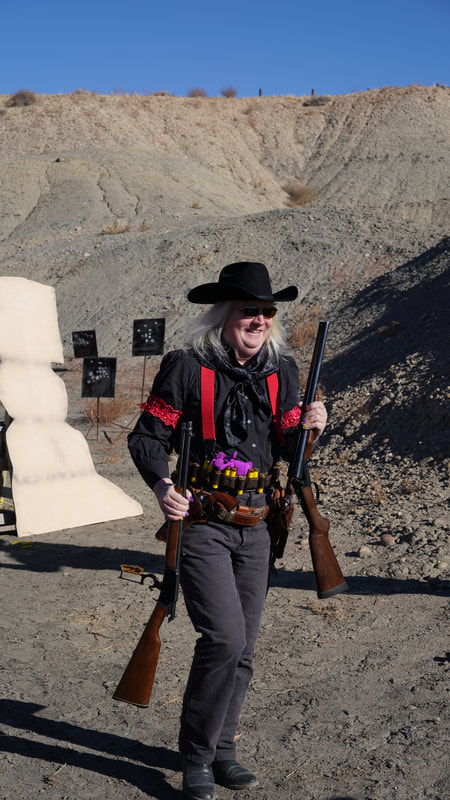 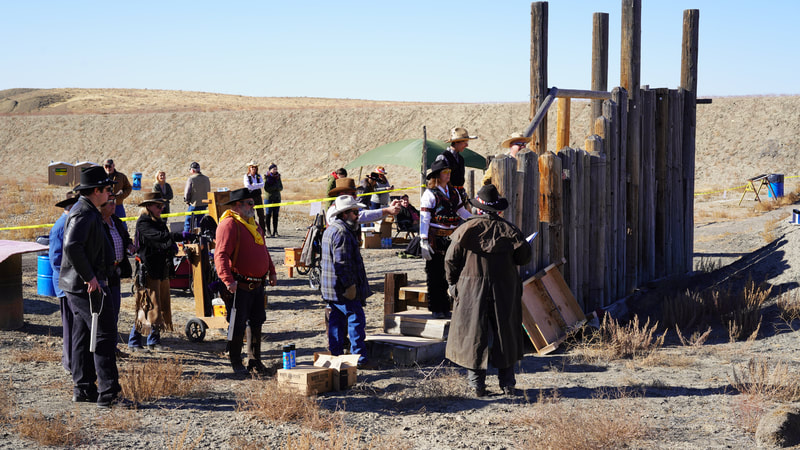 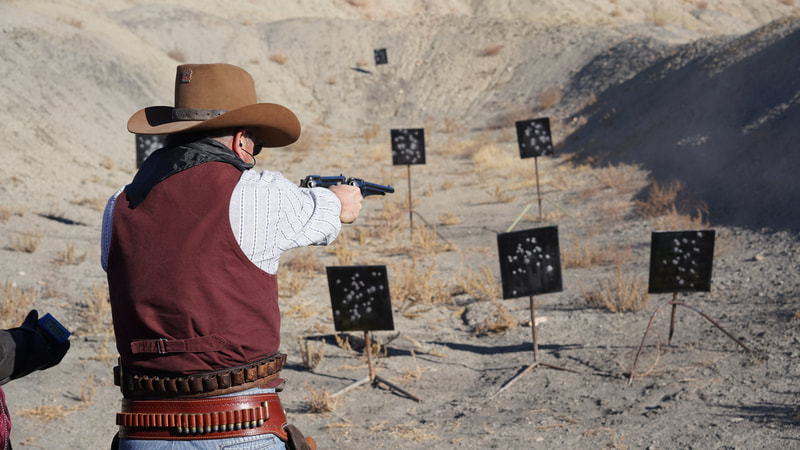 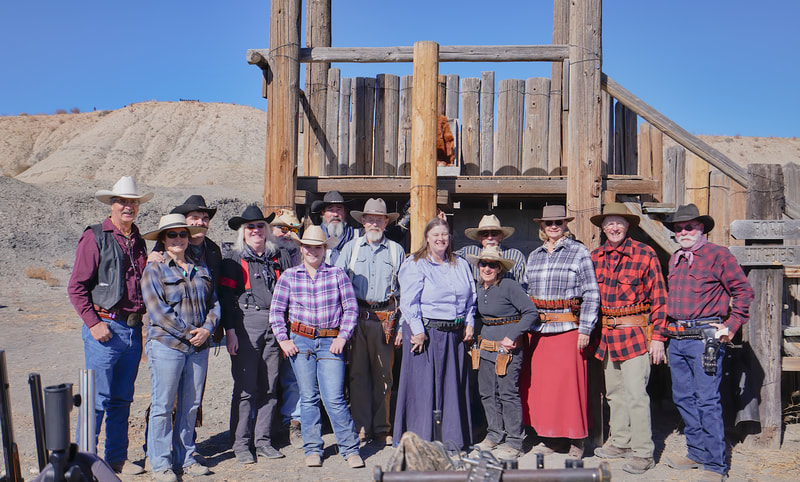 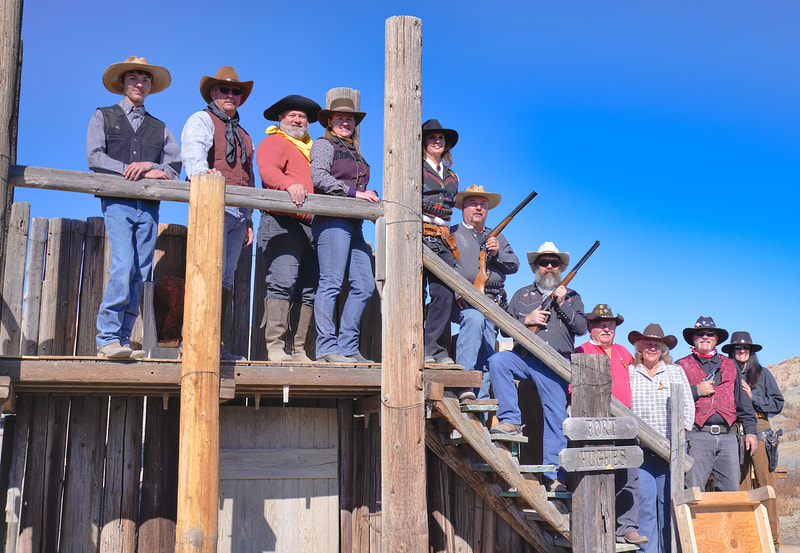 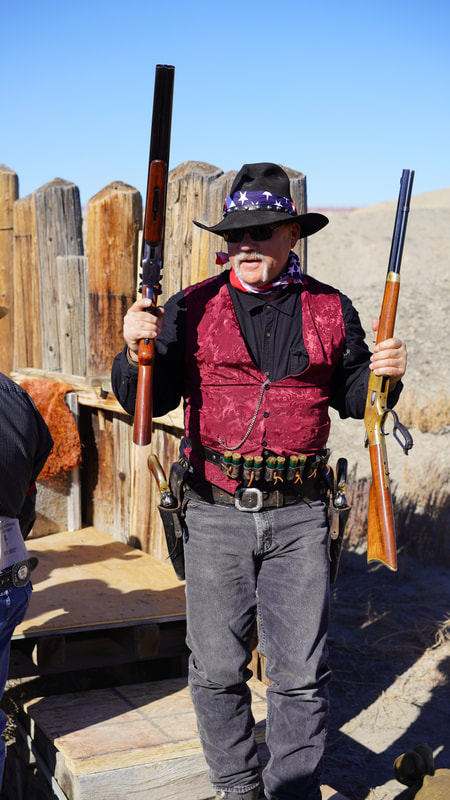 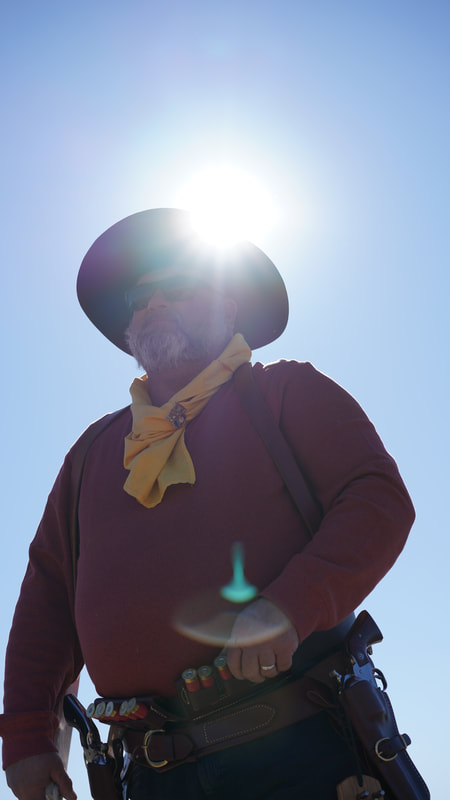 Join the fun! every first weekend of November